Over three decades, Axelent has grown to become one of the world’s leading companies in safety solutions for people in manufacturing and warehousing environments. A six person team in the small town of Hillerstorp in Sweden, has now grown to 300 strong in 60 countries spread across the globe. The Axelent spirit, with its focus on dedication, business sense, high ethical standards and empathy, is a common thread that permeates all of our local offices. 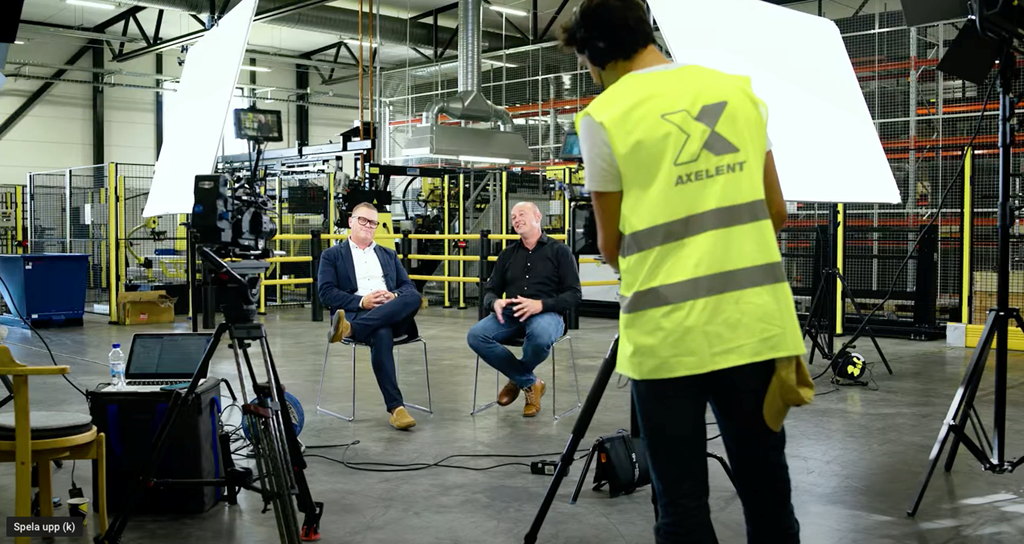 1993
THE FIRST FOERIGN ESTABLISHMENT IS UNDERTAKEN IN GERMANY. About ten years later, Axelent formed its own company there, Axelent GmbH.

1995
A NEW EU STANDARD for standardising machine safety is pushed through, which is a benefit to the company’s expansion in Europe.

1997
THE FIRST VERSION of the drawing application SnapperWorks is launched. The application enables customers to build their own solutions digitally.

1999
A NEW LOGO and a new brand promise are developed.

2002
AXELENT ENGLAND AND AXELENT USA are welcomed into the family.

2008
THE X-GUARD MACHINE GUARD sees the light of day and Axelent Spain swings open its doors. The Speedway team Lejonen wins the Swedish Championship at Axelent Arena in Gislaved. Nicki Pedersen, who is a member of Lejonen, closes a three-year sponsorship agreement with Axelent. Pedersen becomes the Speedway World Champion and is named person of the year in Småland.

2010
AXELENT OPENS THE doors to Europe’s most modern production facility for cable trays and expands its product range with X-Tray.

2013
MATS HILDING, JOHAN AXELSSON AND STEFAN AXELSSON receive the Nothin Plaque, the most prestigious award among entrepreneurs in the Finnveden region.

2018
AXELENT IS NAMED one of the country’s Super Companies by the Swedish business magazine Veckans Affärer and is also honoured as one of the highest performing private companies in the Swedish business sector by the Bisnode network. Axelent Safe-X becomes a part of the Axelent Group and the shaggy security agent/mascot Axel arrives on the scene.

2019
AXELENT TAKES HOME gold and silver for its global marketing campaign at the Swedish Content Awards. The same year, Axelent’s sports hall opens for its employees in Hillerstorp.

2020
X-STORE 2.0 IS LAUNCHED. Axelent opens its own logistics centre in Bangkok, Thailand. The Axelent Group has over 300 employees and carries out operations in almost 60 countries. Amanda Hilding becomes the new MD for Axelent AB.